The winners of these awards will be introduced at the Education Foundation’s 7th annual CORE Champion Awards Banquet, to be held in April 2019.  The event will honor alumni and friends of the Greeneville City School System. CORE Champions will be honored for their commitment to the service to others, their ability to optimize resources, reinvest in the community, and equip others to be successful.

The selection committee seeks to review the broadest possible range of qualified nominees.

Nomination forms must be emailed or postmarked by January 28, 2018 in order to be considered for the 7th annual CORE Champion Awards.  All nominations should be directed to Amanda Waddell, executive director.  The completed nominations packets can be emailed to Waddell at waddella@gcschools.net , or mailed to GCS Education Foundation, P.O. Box 1420, Greeneville, TN 37744.

For additional information about the CORE Awards and the nomination process, contact Waddell at 423-823-0001. 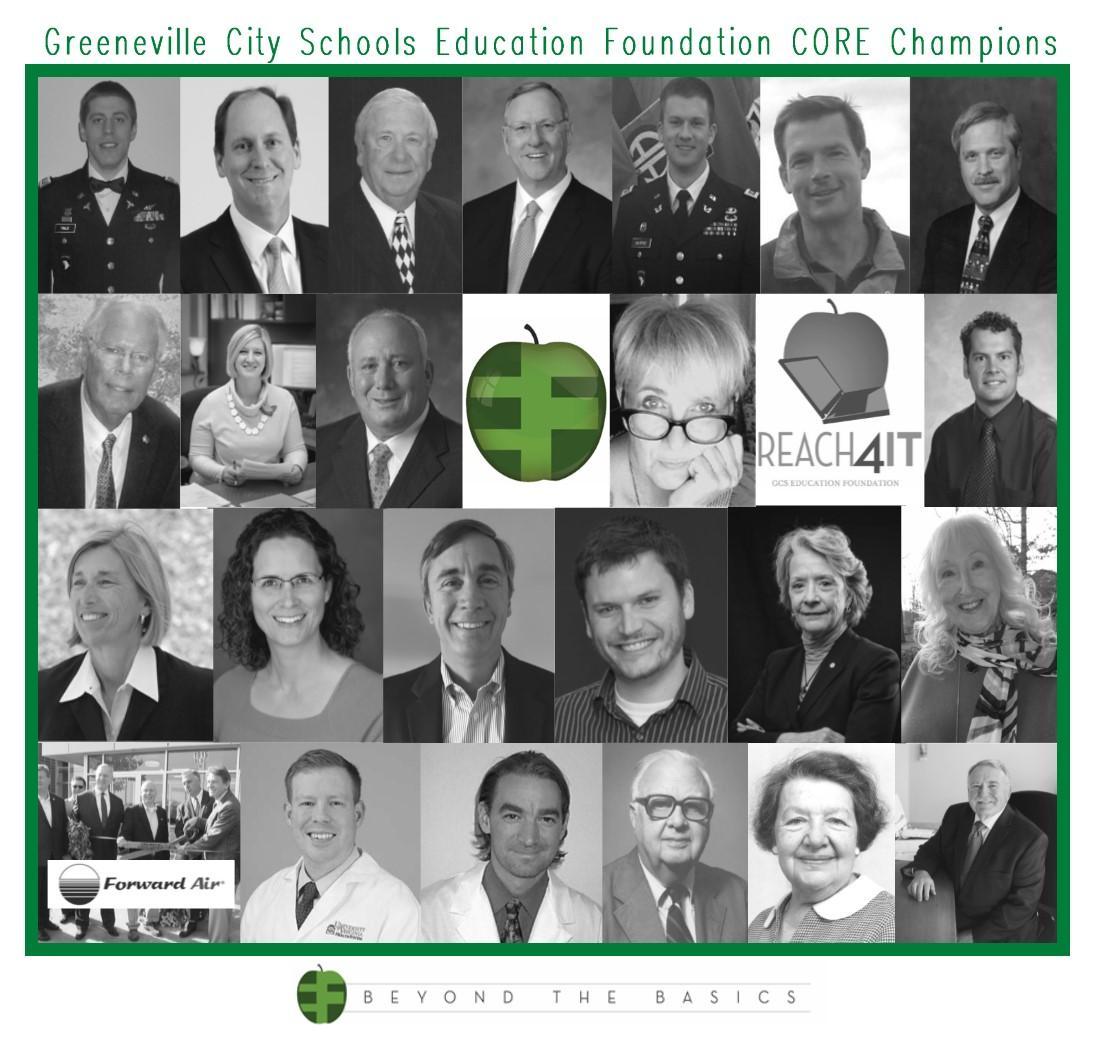